Despite all the recent controversy, it's hard to deny VW's TDI (turbocharged direct injection) engine is pretty awesome. The TDI engine has 4 cylinders and displacement of 1.9 liters. You can find one of those beautifully engineered motors in many different Volkswagen models, including the Jetta, Passat, and Beetle. A stock TDI engine packs 105 horsepower and 150 lb-ft of torque, but you can easily tune one to produce more power.

Many car and off-road enthusiasts praise the TDI engine for two reasons:

You can take a TDI motor and drop it into a Suzuki Samurai, Suzuki Sidekick, or Geo Tracker without having to make many modifications under the hood. That’s why there are many different TDI swap kits, like the ones at Acme Adapters, made specifically for these three small off-road vehicles.

Some TDI motor fans, however, go the extra mile and do unconventional TDI swaps. The following five crazy TDI swaps are done on cars you'd never guess. Check them out! 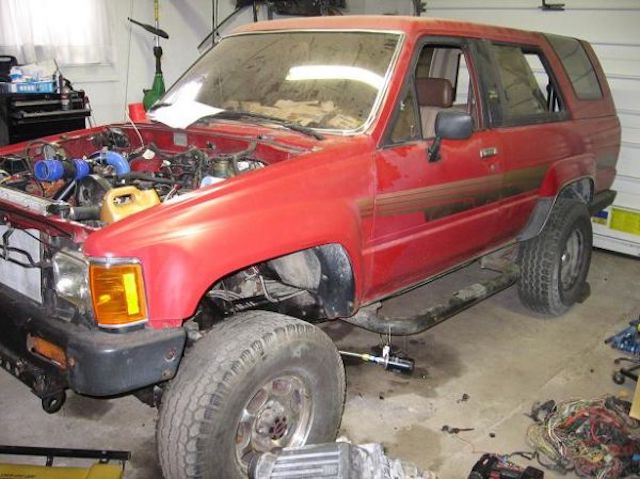 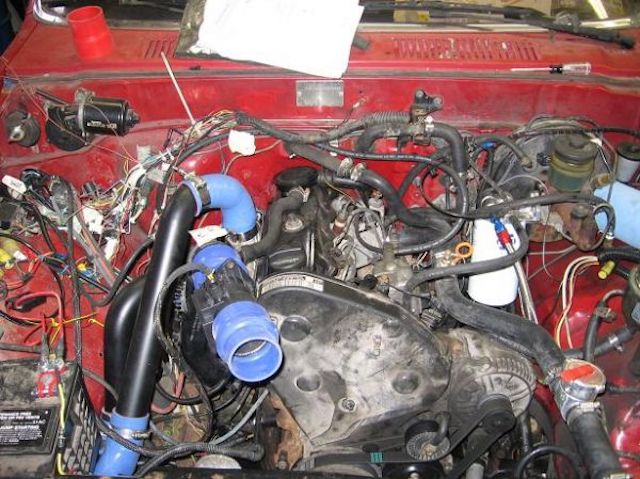 A Jetta motor in a 4Runner? Yes, really.

In late 2006, a car enthusiast who hailed from upstate New York set out to fix up his newly-purchased ’86 4Runner. One of the first things he did was buy an Acme Adapters TDI conversion kit. He took a TDI motor from a ’97 Jetta with 110,000 miles on it and then spent two months putting the motor in.

After conducting a ton of research and enlisting help from Acme Adapters, he made a bunch of modifications to fit the motor in there and to get it up and running. You can read up on the whole process here.

After driving his 4Runner with the TDI motor for a while, the car enthusiast came back to report that he experienced very few issues with the car. He was happy with the gas mileage, which was 31 MPG during the summer months. The power, he said, was “much better than a 22RE or a 3.0 even.” It produced about 200 lb-ft of torque.

He has since sold the 4Runner. We hope that its new owner appreciates the brilliancy of this swap and is taking good care of it now. 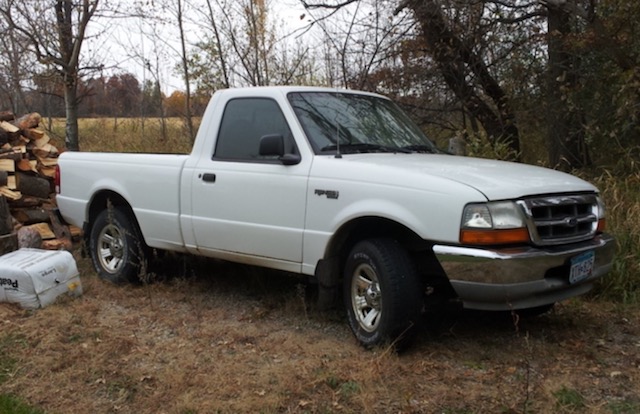 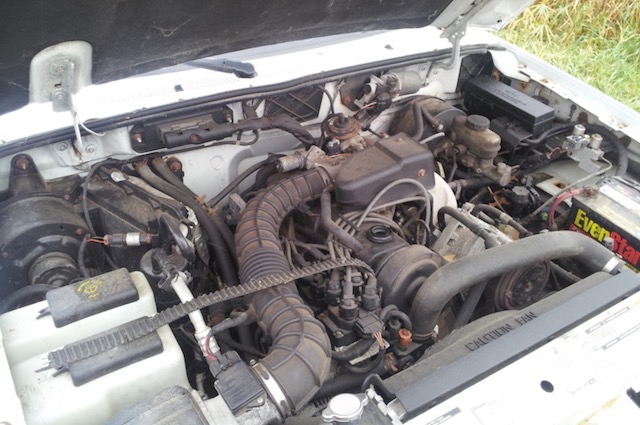 We’re pretty sure that the guy who put a Beetle motor into his pickup truck had friends who thought he was off his rocker. But, hey, it worked out. Somewhere in Minnesota is a Ford Ranger running on a trusty New Beetle TDI motor.

The owner behind the swap did such a good job that the Ranger could tow a 6,000-pound trailer without a problem. The TDI motor produced 155 lb-ft of torque and increased the Ranger’s fuel economy to 39 MPG.

If you’re interested in doing a similar crazy TDI engine swap, you can read up on the Ranger/Beetle swap here. 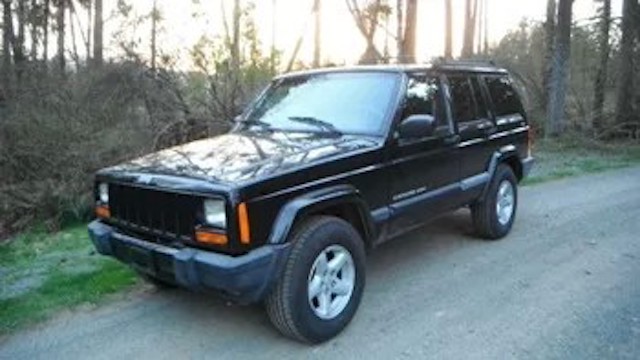 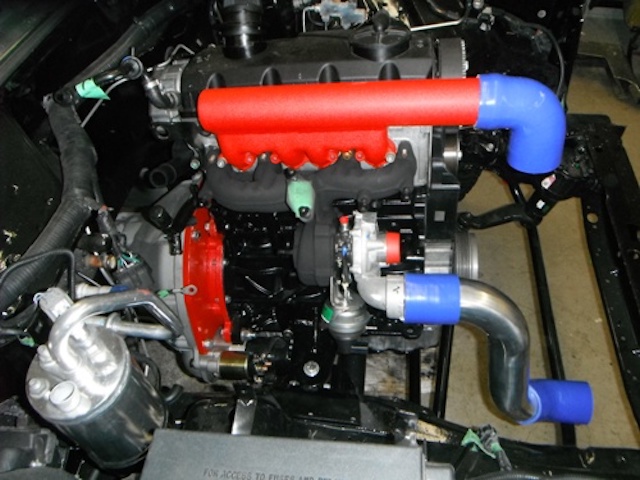 Jeeps are well known for their off-road capability, so why on earth would anyone want to tinker around with one? We can think of two reasons: higher gas mileage and the fact that TDI engines are 50 pounds lighter than the OEM Jeep 4 cylinder. So some off-roaders may want to enhance their off-roading experience with a TDI motor.

The guys over at TD Conversions pulled off a successful TDI engine swap on a 2000 Jeep Cherokee. They made some heavy modifications to make the Jeep compatible with the motor. Such mods included new engine mounts, an engine adapter, a turbo upgrade, and a low-profile intake manifold. You can see the whole list of mods they did here. 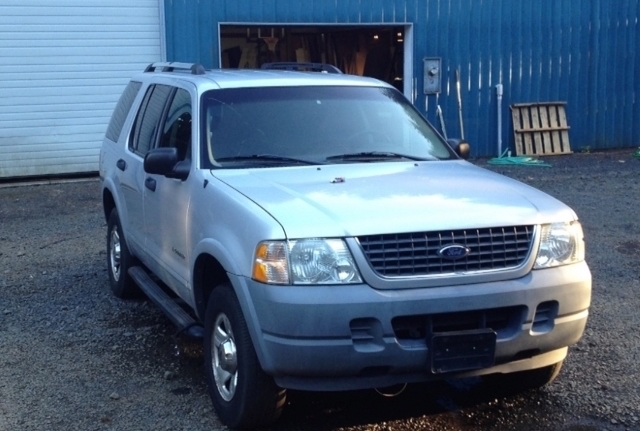 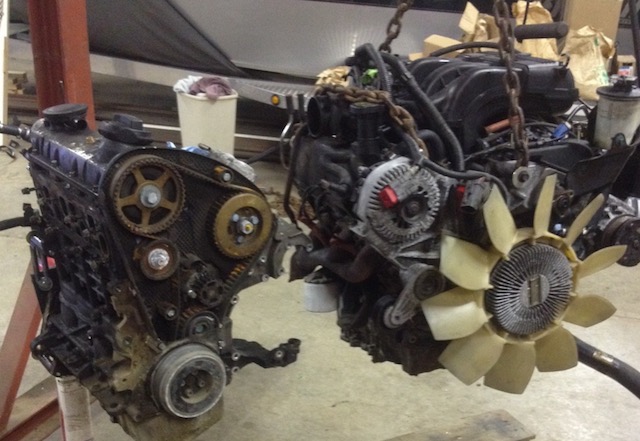 It’s not every day that you see a grocery-getter rocking a diesel motor. There’s not a lot of information on the TDI motor in this Explorer, except that it came from a manual Volkswagen Amarok.

The mastermind behind this swap began the project in early 2016. The Explorer was in such a bad shape that it needed a lot of interior and exterior work, including new brakes, steering components, and suspension system parts. He had plans to modify the TDI motor to produce more horsepower and torque, but he never came back with an update. 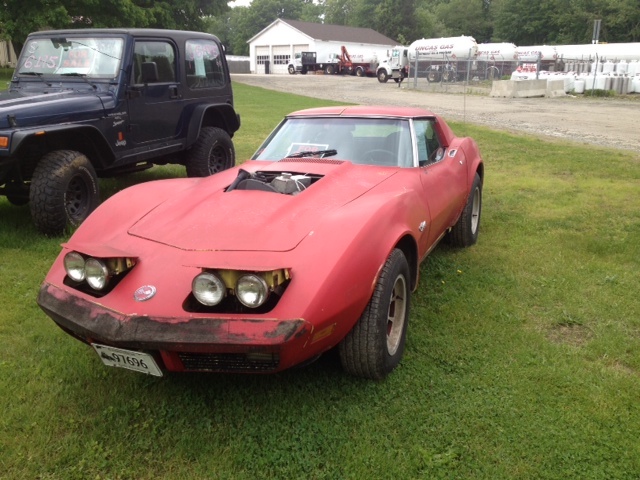 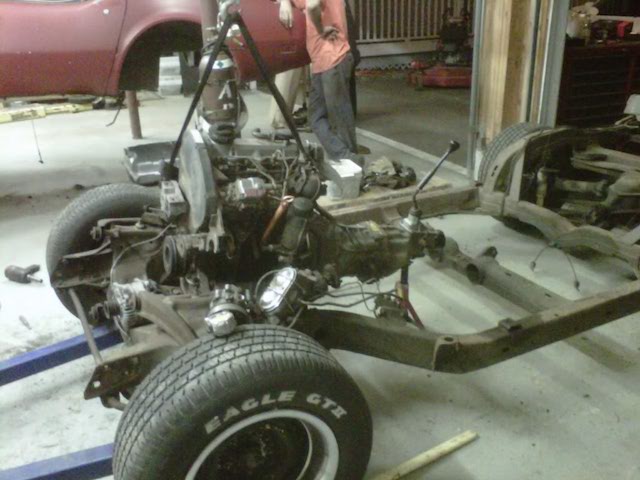 Is this guy insane? Probably, but his insanity paid off. The end result of his little experiment garnered some attention from muscle car bloggers all over the web. We can imagine a sea of die-hard Corvette enthusiasts clutching their hearts and falling right over upon seeing this combo.

The Connecticut-based car enthusiast behind this swap got a lot of flak at TDIClub.com for wanting to put a TDI into his Corvette, but he assured everyone that the Corvette didn’t even come with its original engine. So it was OK for him to “butcher” it a little more.

The end result of his project was a 1974 Corvette sporting a Volkswagen TDI motor and a five-speed transmission from a Toyota truck. The engine certainly did not send the car flying on the streets like a Corvette engine would, but it still got the job done. Look at the bright side: this is probably the only Corvette in the world that gets 55 MPG! Last anyone heard, this Corvette was on sale for $4,000.

Which one of the five crazy TDI engine swaps is your favorite? We’d have to pick #2. A pickup that runs on a Beetle motor just about blew our minds. Head over to Facebook to let us know which one you like the most!