In the early 70s, VW Beetle sales were starting to slow down, gas prices were high, and Honda and Datsun offered American drivers well-made, economic alternatives to the popular larger cars of the day. The time was right for Volkswagen to offer something new: the Dasher.

This first iteration of the Passat arrived in the U.S. in 1974. Priced above $4,000, this front-wheel-drive Volkswagen cost more than the 1974 Civic or 1974 610 but promised luxury in addition to economy. From its first advertisements, the VW Passat (Dasher) was marketed as luxurious yet still affordable.

To celebrate this upmarket family car’s affordability over the years - and to check out how pricing has changed - we created this chart: 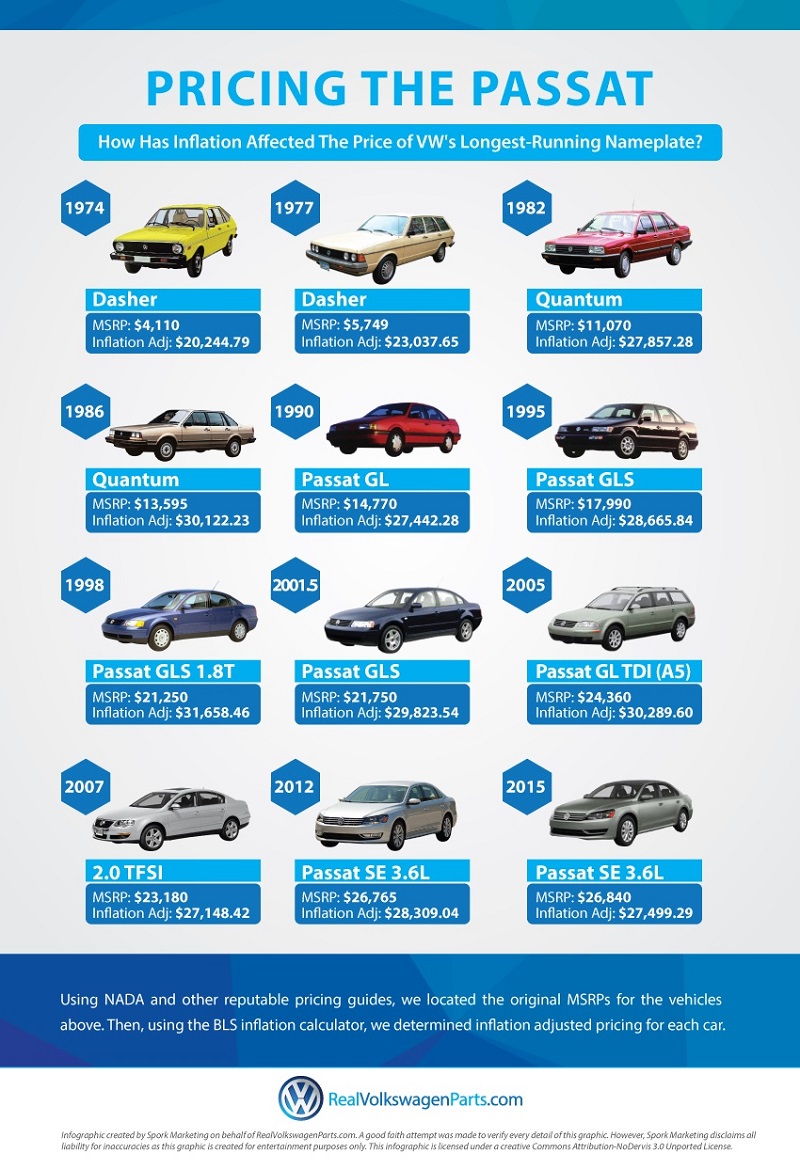 VW's longest-running nameplate had to endure a number of iterations before it really found its niche, but it’s been selling strong since the mid 90s.