When a fuel system fails, it can be catastrophic for both your car and your bank account. The sudden loss of power and control is dangerous, especially if you're on a highway or busy street. Since fuel system issues can occur out of nowhere, we recommend you educate yourself on possible issues and symptoms below and take appropriate measures to ensure they don't happen to you. 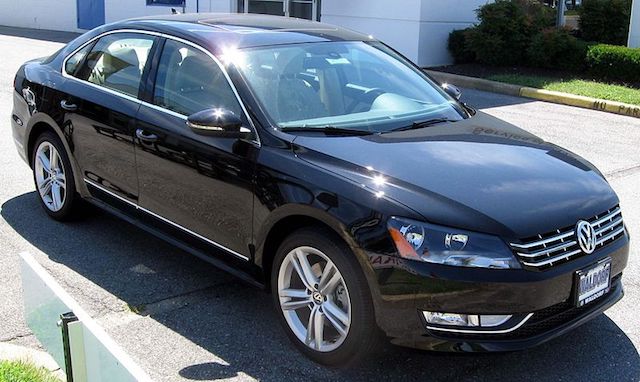 According to Car Complaints, fuel pump failure is an all-too common issue in 2013 Volkswagen Passats. Unfortunately, when the fuel pump fails, there's a good chance other parts of the system will croak, too. On a scale of 1 to 10, Car Complaints rates this a 7, so it's a fairly serious issue.

Of those who reported their issues online, two of them had to replace their whole fuel system at an average of 51,498 miles. One driver in California reported that the cost for his (warranty covered) repair was $5,450!

If you're experiencing any signs of possible fuel pump failure - such as an engine that's hard to start or a whining noise from the fuel tank area - consider preemptively replacing your fuel pump assembly. A $265 an OEM fuel pump assembly replacement is far cheaper than dropping over $5k if the pump fails, and you'll protect other components of your fuel system from failure as well. Part No. 561-919-051-C

One diesel Passat driver reported a fuel pressure system failure at just over 100,000 miles. The result was a complete fuel system failure.

Our advice? Fix the issue with a genuine OEM part before something catastrophic happens. Certainly the $138.75 for a new fuel pressure regulator is a drop in the bucket compared to the thousands it'd cost to replace the fuel system! Part No. 3C0-906-093-A

While only 2 users registered complaints online, you can do a quick Google search for "2013 Passat TDI Heating Element Failure" and see a number of worrying results.

The issue is in the AdBlue (diesel emissions fluid) heaters, which often don't last more than 50,000 miles. According to Car Complaints, this issue costs nearly $1300 dollars to replace, a real bummer, especially considering the part is only warrantied to 36,000 miles.

Protecting Your Future and Your Investment

A quick scroll through the Car Complaints page on the 2013 Passat's diesel fuel system reveals dozens of drivers that experience bad luck - the kind of bad luck you can avoid. Breaking down is bad enough, and getting stuck with a hefty repair bill is the icing on the cake - especially when it could have been prevented.

Our advice? Check out the common issues facing your vehicle, and make sure you're keeping all systems properly maintained.