Have you heard the news? Volkswagen just gave their latest electric VW concept van the green light! They haven’t announced when they’ll start producing the first batch yet, but many believe that we’ll see it on the streets around 2021 or 2022. 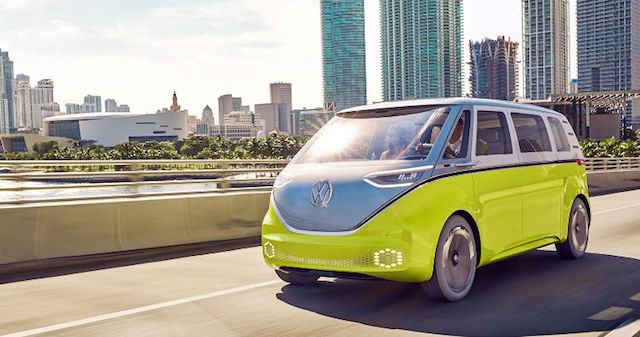 We swear that we heard a collective cheer all over the United States when the news broke out. What's so great about this van?

For starters, Volkswagen sets itself apart from its competitors with two of its iconic vehicles: the VW Beetle and the VW Microbus. Bringing the Microbus back may put Volkswagen back on the map as a fun and unique brand with a cult following like it had back in the 70s.

Christened the I.D. BUZZ electric minivan (for now, at least), the new VW Microbus will be a part of Volkswagen’s I.D. fleet of electric vehicles. That means it will be a zero-emissions van with the capacity for automated driving.

Why Volkswagen Decided to Give the I.D. BUZZ the Green Light

Volkswagen unveiled the I.D. BUZZ concept minivan at the 2017 Detroit Auto Show last January. Many noted similar features between the concept Microbus and last year’s BUDD-e concept van, but there were still some subtle differences between the two. A lot of VW fans were disappointed that the German auto manufacturer never brought the BUDD-e to fruition. However, the I.D. BUZZ is just as good, if not better.

So why did Volkswagen decide to produce the I.D. BUZZ and not the BUDD-e? 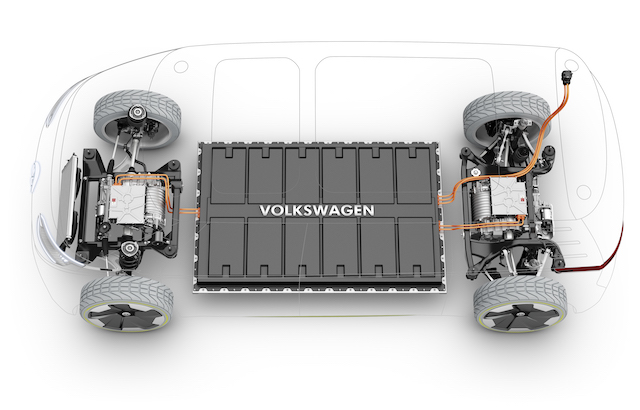 A diagram of the MEB platform

Why Volkswagen Wants to Build Various Body Styles for the I.D. BUZZ

Volkswagen execs hinted that they plan to stay true to the original Microbus’s lineup, which contained multi-passenger buses, camper vans, and even pickup trucks. So they’re going to add various body styles to the I.D. BUZZ lineup, alongside the original Microbus version.

Features Volkswagen Wants to See in the I.D. BUZZ

VW head of design Klaus Bischoff said that while the I.D. BUZZ is a new version of the original VW Microbus, it’s not going to stick to its retro roots. Instead, VW plans to bring it into the future with a bunch of ultra modern touches, including, but not limited to, wraparound LED lights, a cockpit with touchpad functionality, and a versatile interior with chairs and a table that can be rearranged any way you’d like. 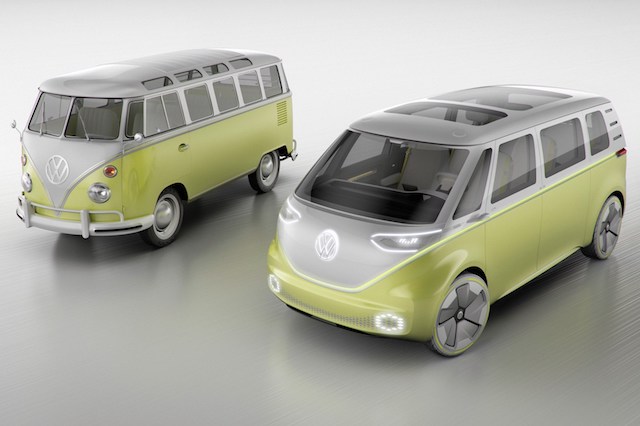 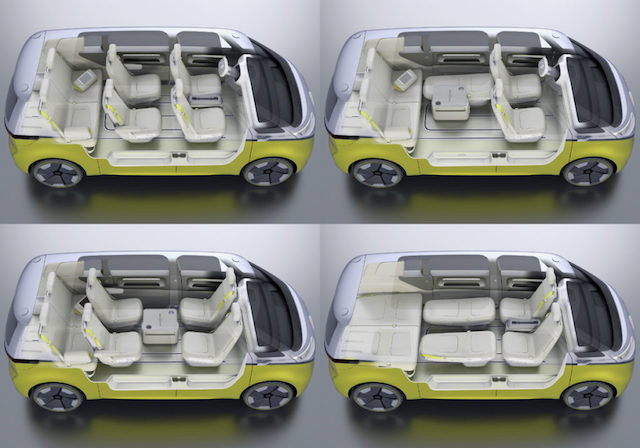 Volkswagen has big visions for the I.D. BUZZ, which Bischoff described as a “new icon”. They hope to implement the following features into the new Microbus in its lifetime: 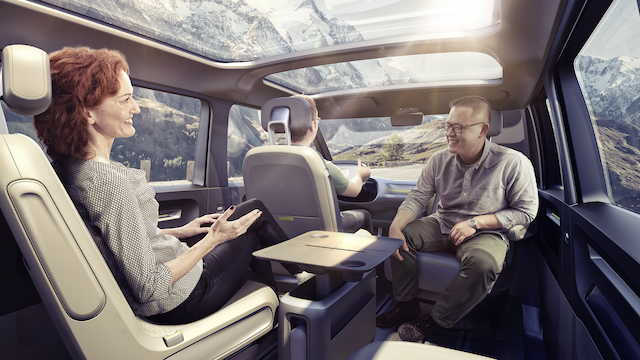 Here's the video Volkswagen released when they announced the concept:

Volkswagen is keeping mum about many other aspects of the new Microbus, so we could only speculate about what it will entail.

AutoWeek doesn't believe that VW is ready to roll out the extensive autonomous technology that was unveiled with the I.D. BUZZ concept van. AutoWeek also pointed out that even if Volkswagen figures out how to build the new Microbus exactly as they wanted, they’d still have trouble getting transport authorities in various countries to approve it.

However, we find Volkswagen’s new MEB platform, as well as the 270-mile driving range, to be realistic enough to bring to fruition within the next five years. We predict that the first generation of the I.D. BUZZ will resemble the minivans we have today, except it will be fully electric.

If everything goes well for Volkswagen, the I.D. BUZZ will undergo a gradual transformation, and it may end up sporting all the cool features listed above. That's probably a decade or two away though.

What do you think of the I.D. BUZZ? Will you buy one when these new Microbuses start rolling off the production line? Why or why not? Tell us on Facebook!